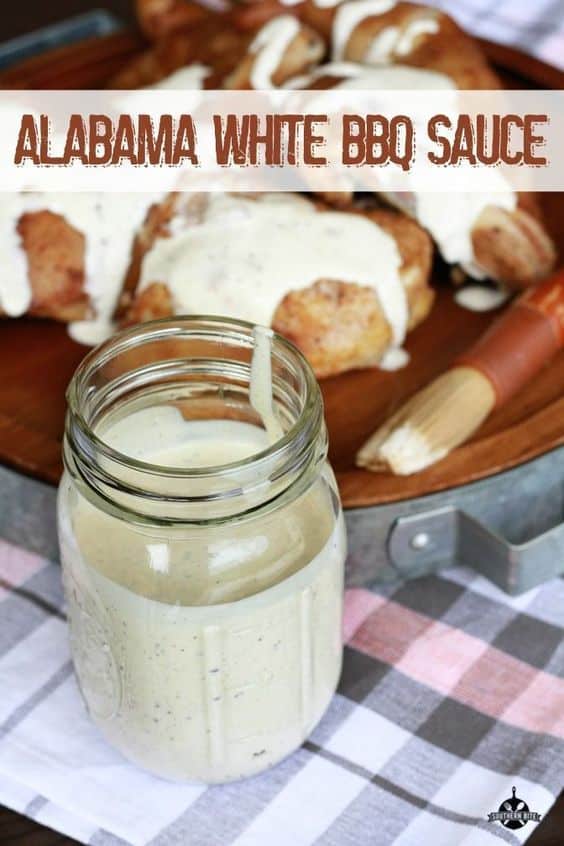 Want to knock the socks off your friends and family the next time you host a cookout?

You need to try the next generation of cooking sauces, Alabama White Barbecue Sauce.

Before you judge, you might want to taste.  Once you do, you will go from skeptic to believer real quick.

White BBQ sauce is popping up on menus from Portland, Ore., to New York City, where Shake Shack’s Danny Meyer is dousing wings with it at Blue Smoke, to fine-dining restaurants like Publican in Chicago, where Paul Kahan has served char-grilled carrots with white BBQ sauce. So what is it, and what makes it so special? Actually, the sauce has existed since the early 1920s, when “Big Bob” Gibson opened his eponymous restaurant in Decatur, Ala. Over 90 years later, a lot of people in Alabama believe BBQ sauce is white, because that’s what they grew up with. Outside of Alabama, people who have ever heard of such a thing have been few and far between. But with 93 (and counting) Shake Shacks around the world, Danny Meyer is as good a barometer as any for what you can expect to see on your plate in the coming years. 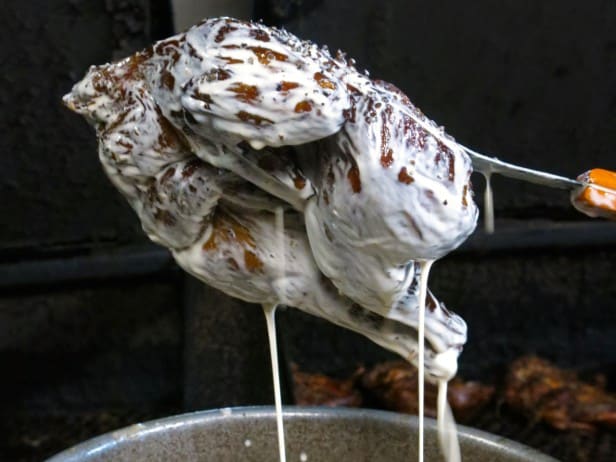 We caught up with the man who helms the pit at “Big Bob” Gibson Bar-B-Q these days, Chris Lilly, to find out why he thinks white BBQ sauce is the best.

He told us: “Before ‘Big Bob’ Gibson started his restaurant in 1925, he cooked whole chickens in a hand-dug pit in his backyard. The chickens would cook in the pit for three hours. He wanted a sauce that would keep them from drying out — that’s where the mayonnaise came in. He also loved the acidity of the vinegar and the black pepper. So you get the vinegar’s tang and black pepper, but you also get the mayonnaise and extra fat to keep your meat from drying out. That’s what makes white sauce so great.”

via White BBQ Sauce: The Next Big Trend in Barbecue

0
Want a beef brisket that is so moist and tender that it falls apart with just a fork? If that's what you are looking for,...
Read more
Beef

0
Want Competition Level Brisket? If you are on the lookout for incredible and flavorful smoked beef brisket, then this recipe is what you are looking...
Read more
Outdoor Fun

0
Finding the Best Barbecue in Missouri Just Got Easier! Trying to find great Barbecue can be hard sometimes.  When it comes to Missouri, it can...
Read more
Barbecue

0
The Secret is in the Marinade for this Incredible Recipe! If you want an easy recipe for smoking a pork sirloin that comes with an...
Read more
Barbecue

0
Want Incredible Pulled Pork with Delectable BBQ Sauce? Pulled Pork can come out perfect or it can be a constant pain if it isn't smoked...
Read more
Pork

0
Sweet and Tangy Flavors Combine to Make this Pork Loin Recipe a Winner! The great thing about smoking a pork loin is its ability to...
Read more 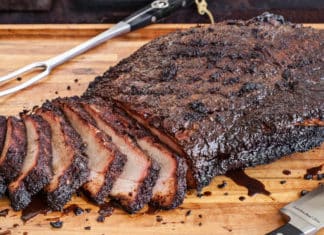